Horror and ghost stories have been popular for centuries. For example, you will find stories of ghosts in the Icelandic sagas, and in religious mythology are tales of people coming back from the dead. With evolving technology, the ways of telling the stories have changed, instead of orally, we now generally listen to the stories or watch them on the screen.

Ghost stories are often explicitly meant to scare but some of them have probably been written to serve different purposes. Some are funny while others are morality tales. The moral of the following Icelandic ghost story is probably that if you tease someone too much, it will end badly, as in the story about the boy who cried wolf.

It could also be a way to explain an unexpected death of a child. What do you think this Icelandic ghost story is about?

Read other legends and fairytales:

A certain boy and girl, whose names this tale tell not, once lived near a church. The boy, mischievously inclined, was in the habit of trying to frighten the girl in various ways. Ultimately, she became so accustomed to his tricks that she ceased caring for anything, putting down everything strange she saw and heard to the boy’s mischief.

One washing day, the girl was sent by her mother to fetch home the linen, which had been spread to dry in the churchyard. When she had nearly filled her basket, she looked up. Sitting on a tomb near her, she saw a figure dressed in white from head to foot. She was, however, not the least alarmed, believing it to be the boy playing her, as usual, a trick. So she ran up to it, pulled off its cap and said, “You shall not frighten me this time.”

Then when she had finished collecting the linen, she went home. To her astonishment, the boy was the first person to greet her when she arrived at the cottage. There was no way he could have reached it before her.

Among the linen, too, when it was sorted, was found a moldy white cap. It appeared to be nobody’s property and was half full of earth.

The following day the ghost (for it was a ghost that the girl had seen) was found sitting with no cap upon its head on the same tombstone as the evening before. As nobody dared to address it or knew in the least how to get rid of it, they sent into the neighboring village for advice.

An old man declared that the only way to avoid some general calamity was for the little girl to replace on the ghost’s head the cap she had seized from it. It had to be done in the presence of many people, all of whom were to be perfectly silent. So, a crowd collected in the churchyard. The little girl half afraid with the cap, placed it upon the ghost’s head and asked “Are you satisfied now?”

But the ghost, raising its hand, gave her a fearful blow and said, ” Yes, but are you now satisfied? “

The little girl fell down dead. At the same instant, the ghost sank into the grave it had been sitting on and was no longer seen. 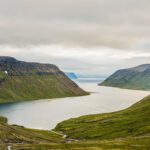 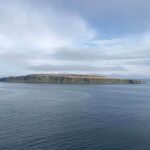 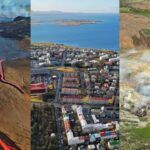 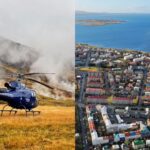 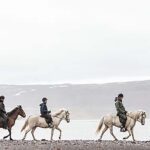 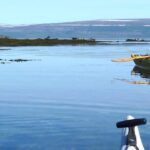 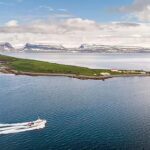 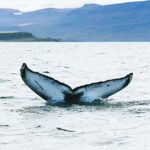