It probably will never be said enough. Iceland’s nature is something else. The island is fairly large at 102,775 km2 (39,682 sq mi), which means there are many underrated places in Iceland. Even if the country seems to be flooding with tourists and Icelanders travelling, there are still plenty of places to see where you can enjoy nature on your own.

Ásbyrgi, along with Dettifoss and Mývatn Lake, is a part of the so-called Diamond Circle in North Iceland. It is a glacial canyon and forest located about 38 km (28 mi) east of Húsavík. The canyon is horseshoe-shaped, and the story goes that Óðinn’s horse, Sleipnir, stepped down when they were travelling.

The canyon is a part of Vatnajökull Glacier National Park and is about 3.5 km long and over 1 km wide. In the middle of the canyon is a small island, about 25 metres high, called Eyjan or the Island. It is a popular hiking point as it gives excellent views.

The small town of Hofsós has only about 190 inhabitants. It is one of the oldest trading ports in North Iceland, dating back to the 16th century. We highly recommend you check out the Icelandic Emigration Center, dedicated to the westward migration to North America of Icelanders that reached its peak at the start of the 20th century.

The Hofsós Swimming Pool is also worth checking out. The views from it are spectacular.

Vesturdalur valley in North Iceland has numerous hiking paths worth checking out. There is a camping ground in the valley from where you can walk. It is situated between Ásbyrgi Canyon and Dettifoss waterfall.

There are numerous hiking paths and routes worth checking out. Ranging from 1km long up to 7km long. We recommend seeing Hljóðaklettar (Sound Rocks), Tröllið (the Troll) and Rauðhólar (Red hills).

Snæfellsnes peninsula is possibly not an underrated place in Iceland, but it is definitely often overlooked. There are quite a few day tours to Snæfellsnes, which has many things on offer, but we also recommend you go there and spend a few days exploring.

Sometimes said to have everything Iceland has to offer in one place, you can go on a glacier hike, soak in natural geothermal pools, mountain hikes, sunbathe on white sandy beaches, visit a shark museum, try lifting heavy stones on Djúpalónssandur to see if you’re a worthy fisherman and more! Snæfellsnes is also the place where you can take the ferry over to Flatey in Breiðafjörður.

Flatey used to be a vibrant merchant town, but hardly anyone lives there all year round today. Cars are forbidden, and the only petrol engine on the island is a tractor. The island is popular among the Arctic terns, so beware if you come during nesting season! The puffin also likes Flatey to nest. The island also inhabits the oldest and smallest library in Iceland, established in 1864. This library was once home to the Flatey Book, the largest medieval Icelandic manuscript.

Glymur used to be Iceland’s highest waterfall, with a 198m cascade. It lost that distinction when the Kárahnjúkar dam in the East Fjords was made in early 2000.

Situated in the rear end of Hvalfjörður, near Hvalvatn lake. The waterfall can be reached from a parking lot at the end of the road. The trail is somewhat steep, so be careful.

Hvalfjörður used to be a part of the Ring Road around Iceland, but in 1998 the Hvalfjarðargöng Tunnel was opened, and traffic dropped in the fjord. It is one of Iceland’s biggest fjords at 30 km long and 5 km wide.

The nature in the fjord is exceptionally beautiful, and even if you just drive through it, it is worth the visit. There is an old whaling station at the bottom of the fjord and an old American and British naval bases.

The Westman Islands are definitely a place people should check out but is often passed over. You can either fly from Reykjavik or take a ferry from Landeyjar in South Iceland, not far from Seljalandsfoss waterfall.

The islands are named after enslaved Irish people who killed Hjörleifur Hróðmarson, blood-brother of Ingólfur Arnarson, the first settler of Iceland. They also killed all other (free) men in the household and kidnapped the women. They fled to the islands where Ingólfur found them and killed them in retaliation, saving the women. Norse people called the people of the British Isles “west men” even if Iceland is further west than Ireland.

Vestmannaeyjar is a cluster of islands. The biggest one, Heimaey, is the place of the municipality, where over 4000 people live. The town is basically on top of a volcano which erupted in 1973. The Eldheimar museum tells the story of the eruption and the geology of the place is well worth the visit. It is built around one of the houses which went under a cloud of ash.

From Vestmannaeyjar, you can do whale watching and even get sightseeing tours where you’ll see Surtsey, a volcanic island formed in the 1960s. Only scientists can enter the island, which is the perfect place to study biocolonisation. UNESCO declared the island a World Heritage Site in 2008.

In Skaftafell in Vatnajökull Glacier National Park, you will find the beautiful Svartifoss waterfall. It is one of the most popular sights in the park, and not without reason. It is surrounded by dark basalt lava columns, giving rise to the waterfall’s name (Black Waterfall).

The waterfall is possibly the inspiration for Hallgrímskirkja Church and the National Theatre of Iceland, which were both designed by Guðjón Samúelsson.

The waterfall is only 20 m (66 feet) tall and not very powerful. But it makes up for it with the stunning scenery.

This hidden waterfall is only a few meters away from the famous Seljalandsfoss. It is smaller than Seljalandsfoss but in many ways much more impressive as it is hidden inside a canyon. If you follow the trail into the narrow canyon, you will be met with beautiful sights and a great photo opportunity!

Stóruð in the Eastfjords is one of the most beautiful places in Iceland. It’s off the beaten track, and you will need to hike for a few hours to see it. Stórurð is formed from huge palagonite and sediment breccia that have fallen on top of a cirque glacier that used to be next to the Dyrfjöll Mountains. Traces of it can still be seen under the cliffs of the mountains. The scree’s nature is unique; flat grass bales, rugged boulders, some tens of meters high, blue-green ponds, and special vegetation.

There are five marked hiking routes in the area. The most popular one is from Vatnsskarð, but there are also routes from Hérað, two from Borgarfjörður Eystri and from Njarðvík.

Vöðlavík in the East Fjords used to hold many farms, which have all been deserted. It is accessible from Eskifjörður. There is a cabin run by the Ferðafjélag Fjarðamanna and can be booked. There are numerous hiking routes to and from the cover over to Sandvík and Krossanes.

The town’s church has a painting by famous Icelandic painter Jóhannes Kjarval which depicts Jesus on the cross on an elf hill. Due to the heathen implications of the painting, the local bishop refused to bless it!

The Westfjords as a whole is definitely underrated, even among Icelanders. With the Hornstrandir Nature Reserve (where there are no roads and hardly any cellular connections), beautiful Dynjandi waterfall, beautiful hiking paths, beaches, swimming pools and small villages. It is worth spending your whole vacation in the Westfjords.

Landmannalaugar isn’t really underrated, as they are a pretty popular destination for hikers. It is the beginning or end of the 55km long Laugavegur hike (the other end is in Þórsmörk, near Eyjafjallajökull Glacier). Landmannalaugar is located in the Fjallabak Nature Reserve in the Icelandic Highlands. It is at the edge of the Laugahraun lava field, formed in an eruption approx. 1477.

The area has many longer and shorter hiking routes, and the views are stunning. There is also a natural geothermal pool which is fun to bathe in.

It is not possible to access Landmannalaugar in a regular car. It must be at least 4×4. During the summer months, when the highlands are open, it is possible to take a coach there.

Þórsmörk is a mountain ridge in south Iceland, named after the Norse god Thor. This beautiful, lush area is one of Iceland’s most popular hiking grounds. It is possible to hike to and from Þórsmörk til Skógafoss over Fimmvörðuháls, which erupted in 2010 before Eyjafjallajökull Glacier. It is also the end or start of the 55 km long hike Laugavegur.

There are numerous smaller hiking routes in the Þórsmörk area itself and three camping grounds.

Like most places in the Icelandic highlands, you cannot access it without at least a 4×4 car. During the summer months, you can go to Þórsmörk with a coach.

Langisjór is a lake in the western part of Vatnajökull Glacier National Park. It is about 20 km in length and up to 2 km wide, with a total surface of about 26 km2 (10 sq mi). It’s up to 75 metres deep. Situated basically in the middle of nowhere in the Icelandic highlands, the lake is at an elevation of 670 m above sea level.

There are governmental plans on to site an industrial dam on the lake. It might be one of the last times to see it if they go through.

Kerlingafjöll is a 1477m (4846 ft) tall mountain range in the highlands, close to Kjölur highland road, and is a part of a large tuya volcano system of about 100 km2 (39 sq mi). There are many hot springs in the area and a place where you can bathe in a natural hot pool.

There used to be a summer ski resort in the area, but it was dismantled in 2000.

Kjölur highland road runs from Gullfoss Waterfall in South Iceland through the highlands and ends just outside Blönduós in North Iceland. The road is open only in the summer, and most cars can drive it, but it’d be better if you were driving something bigger than a Yaris.

Hveravellir’s hot spring area is on this route, where you can bathe if you want.

The capital area often gets neglected when talking about natural pearls in Iceland, and Heiðmörk is a conservation area in Reykjavik and is about 3200 hectares (7900 acres).

Elliðavatn Lake is there, as well as multiple hiking routes, picnic areas and the Rauðhólar red sand dunes. The area was declared a conservation area in 1950, and since then, over 4 million trees have been planted.

Smack in the middle of Reykjavik is the beautiful Öskjuhlíð hill. On top of it is the Pearl, with its fascinating museums and 360° viewing deck.

The hill is a designated outdoors area and is covered with trees. It has multiple hiking paths and a few paved trails as well. Nauthólsvík is very close by, with a hot tub and showers. A part of the cove’s ocean has been geothermally heated, making it a pleasant place to splash in. 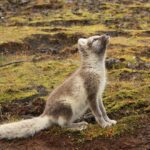 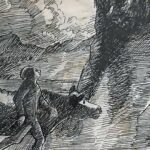 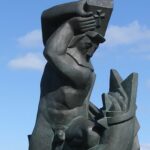 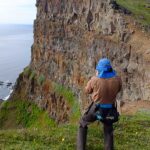 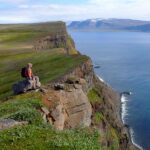 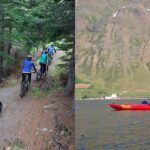 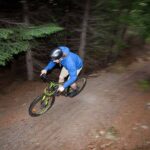 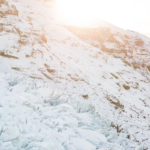 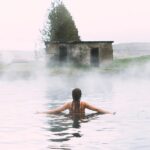 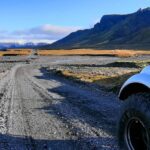