Or the Hidden people like we Icelanders call them

It is common knowledge that Icelandic people are superstitious by nature. I was raised in a family where the Elves were a part of the landscape and life in general. My mother used to tell me stories about the elves she played with when she was growing up. There was even one elf story related to when I was born, but I’m going to save that for our Reykjavik Folklore Walking Tour together.

The most common Elves in Iceland are called the Hidden People. They are very similar to us but just a little bit taller, thinner, and more beautiful. The Elves, as they are depicted in the Lord of the Rings and Simarillion, look very much like they are described in Norse mythology. It is not common knowledge, but he was influenced by the Icelandic Sagas and Norse mythology when he wrote his stories, but that is another story.

However, there are stories about them looking the same way humans do but not as strongly built and having soft and tender flesh and narrower bones. Additionally, they do not have philtrum or philtral ridges. But generally, they just look and behave as humans do. They eat, sleep and die like humans, but they have much longer lives. They dance, drink and party like humans, especially around Christmas, which is a time many people have seen their habitats brightly lit.

In Prose-Edda, elves are usually close to the gods and often talked about in the same sentence. In Álfheimar (Elf-World) lived the ljósálfar (Light-elves), but dökkálfar (Dark-elves) lived in the ground and were quite different from the Light-elves, both in looks and temperament. The Light-elves are fairer to look at than the sun, while the Dark-elves were blacker than pitch-black.

According to the Icelandic Elf School, there are over 50 types of Elves in Iceland. Yes, if you were wondering, I have a graduate degree from the school, so I’m qualified to talk and write about the Icelandic Elves.

A Visit to the Icelandic Elf School

In April 2021 I went and met with the headmaster and owner of the Icelandic Elf School, Magnús Skarphéðinsson. The Icelandic Elfschool describes itself as an introduction to the Elves and Hidden People of Iceland. The Elfschool was established over 30 years ago and is open all year round in Reykjavik.

Students of the Elfschool learn there is everything to know about elves and hidden people. Additionally, they learn about gnomes, dwarfs, fairies, trolls, mountain spirits as well as other nature spirits and mythical beings in Iceland and in other countries.

How did the Elves in Iceland come to be?

The Genesis or the creation story of the elves is that God was coming to visit Adam and Eve. Eve was washing their children before the visit to make them presentable, and she did not finish before God knocked on the door, so she hid the rest of the children. When God found out what Eve had done, he declared, “What man hides from God, God will hide from man,” so the Hidden people came to be.

But like with so many folk beliefs, there is another story about their Genesis. In Jón Árnason’s Folklore and Fairy tales are a few variations of the hidden people’s origin. You could say that Jón is Iceland’s Grimm. He collected stories from the people and even dedicated the collection to the Grimm’s Brothers. One story goes like this:

Once upon a time, a man was travelling. He got lost and did not know where he was going. Finally, he arrived at a farmstead he knew nothing about. There he knocked on the door. An elderly woman came to the door and invited him in. He accepted it.

The farm was fine and pleasant. The woman led the man to the living room, and there were two young and beautiful girls. He saw no more people on the farm than the elderly woman and the girls. He was well-received, given food and drink, and then accompanied to bed.

The man asked to sleep with one of the girls, and it was allowed. They then lay down. The man then wanted to turn to her but found no physical body where the girl was. He grabbed her, but he felt nothing between his hands; the girl was still with him in bed, so he always saw her. He then asks her how this could be. She says he should not be surprised “because I am a disembodied spirit,” she said.

“When the devil rebelled in heaven in ancient times, he and all who fought with him were cast into outer darkness. Those who watched him were cast out of heaven. But those who were neither for nor against him and did not join the rebellion were driven down to earth and ordered to live in hills, mountains and rocks and are called elves or hidden people. They cannot live with anyone but themselves and do both good and evil and much of either. They do not have a body as human beings but can appear to you whenever they want. I’m now one of that group of fallen spirits, so there’s no hope that you can have more love from me than you already have.”

He accepted this explanation and then told others of what happened to him.

People are regularly surveyed in Iceland regarding their beliefs. The surveys are everywhere, from academic to simple newspaper surveys. In 1998, newspaper DV did a small survey where 600 people were asked if they believed in elves: yes or no. 54.4% of people said yes. However, in 2006 an academic study was made into the beliefs of Icelanders, people were asked about religious beliefs, auras, hidden people, fairies, UFOs and if dreaming true was possible. In that survey, 35% of people said hidden people might exist. 18% said “probably”, 9% were convinced they existed, while 39% said it was unlikely and impossible that they existed.

The same survey was done again with almost the same results a year later.

So, to be totally honest, today, most Icelanders actually don’t believe in Elves, so to speak; it’s more that they don’t dismiss the possibility.

The market research company Prósent asked 2300 people (18 years and older) in April and May 2022 if they believed in elves. The response rate was 51,6%. People could answer with yes, no, I don’t know and I don’t want to answer.

Icelanders over the age of 45 are more likely than those who are younger to believe in elves. People aged 55-64 are the most likely, but 49% of them say they believe in elves. 25-34-year-olds were the least likely, with only 23% affirmative answers.

There is a story about how the hidden people do not want to be called elves. Once, a woman told her son off for misbehaving and said: You elf! (as an insult). A hidden person of the female persuasion heard this. She went up to the mother and snarled: “The hidden people are no more elves than you humans!”

Don’t disturb the Elves of Iceland

In that same academic study mentioned above, one of the questions was: “do you believe that bad fortune will befall those who disturb certain places is impossible, unlikely, possible, probable, or certain?” 41% of those who answered said it was possible, 19% probable, 9% were certain. 32% said it was unlikely or impossible.

Even if we don’t necessarily believe in elves and their possible wrath, we just don’t want to take that chance. So it still happens that roads that are being built are moved to go around known elf dwellings or churches instead of just bulldozing them down.

Recently, there was a news story on the Icelandic National Broadcasting Service RÚV regarding an apartment building that was going to be built on an elf stone. When the constructors discovered this, they made the house a little smaller so the stone would be outside the building and not be “harmed”. There are quite a few stories like this. We actually visit an elf house or rock and pay our respects to the elves on our Reykjavik Walking Tour – Walk With a Viking and Reykjavik Folklore Walking Tour.

When are you most likely to see an elf in Iceland?

There are four Icelandic days said to have a special connection with Elves and the hidden people:

January 6th (The Thirteenth), Midsummer night, Christmas night, and finally New Year’s Eve. The folk belief regarding those four days is pretty much the same; It is said that cows will get the ability to speak like humans, but it is important not to listen to them. You will most likely lose your mind. Seals change into humans; bewitched humans will finally get their human form again. The hidden people (or elves) moved house on these days and will try to tempt you with gifts. It is important to not accept any of their gifts because you will lose your mind if you do so. As this story states – this could happen to you on either New Year’s Eve, January 6th, or Midsummer Night:

A man who sat down at crossroads to meet the elves moving houses. They kept coming to him and offering him great treasures. He never said a word, and they left their offerings by him each time. This went on all night, but lastly, a woman came who offered him melted fat, which he loved. Instead of just waiting for her to leave, he said, “I have never been able to say no to that”, and all his treasures disappeared. He was able to tell people what had happened but not much more. He lost everything, his mind and livelihood.

January 6th has long been a night connected to the hidden people. Groups of them on galloping horses are known to have been seen, and many places in Iceland celebrate them on this day.

Before Christmas, it is customary in Iceland to clean the house and leave food for the Hidden People. There are many Icelandic folktales about elves and hidden people invading Icelandic farmhouses and holding parties during the holidays.

Regarding New Year’s Eve, it is believed that the elves move to new locations, and Icelanders leave candles to help them find their way. 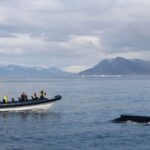 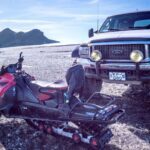 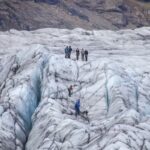 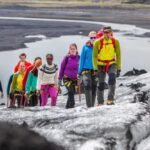