When you book with an account, you will be able to track your payment status, track the confirmation and you can also rate the tour after you finished the tour.
Sign Up
1824
OverviewWhat's IncludedMore InfoReviews

The Standard Lava Tunnel Tour allows you to explore the tunnel easily and enjoyably. The tunnel is covered in large rocks and is difficult to pass in many places. A footbridge and several paths have been built over the roughest terrain making the standard tour accessible by most people. Impressive lighting in this part of the tunnel highlights the changing colors and clearly shows the powerful volcanic activity that formed the tunnel.

The tour runs every hour, and each tour takes approximately 55 – 60 minutes. We recommend you pre-book a tour to guarantee your place on the hour of your preferred time of day.

Helmets and lights provided. Warm clothes and sturdy shoes are recommended and bear in mind that there is usually some water dripping from the ceiling, so wearing a water-resistant or waterproof jacket/clothes is recommended.

The tunnel is located less than 30 minutes drive (approximately 30 km) from Reykjavík and is accessible by all vehicles. Driving from Reykjavík east on Route 1 and driving for about 18 km. Turn right onto Route 39 (Þorlákshöfn) and go for another 12 km. The parking area will be on your left-hand side. You can also find us on google maps. The GPS coordinates are: N.63º 56.407 / W. 021º 23.742

Explore the magnificent lava tunnel Raufarhólshellir, one of Iceland’s longest and best-known lava tubes. It is located just 30 minutes from Reykjavík and is easily accessed year-round.

A journey into Raufarhólshellir is a unique experience and an excellent opportunity to witness the inner workings of a volcanic eruption as one walks in the path of lava that flowed during the Leitahraun eruption, which occurred east of the Bláfjöll mountains about 5200 years ago. Every winter, spectacular ice sculptures are formed inside the cave entrance, making the experience of visiting the lava tunnel more breathtaking.

The total length of the tunnel is an impressive 1360 m (4500 ft), the main tunnel being 900 m (3000 ft) long. The tunnel is up to 30 m wide with headroom up to 10 m high, making it one of the most expansive lava tunnels in Iceland. The ceiling has caved in near the tunnel entrance, creating three beautiful columns of light inside the tunnel. At the end of Raufarhólshellir, the tunnel branches into three smaller tunnels where magnificent lava falls and formations are visible.

Raufarhólshellir is a lava tube formed during the Leitahraun eruption and is one of Iceland’s longest caves. Lava tubes are a natural conduit formed when an active low-viscosity lava flow develops a continuous and hard crust, which thickens and forms a roof above the still-flowing lava stream. Until the last century, the tunnel was full of stalactites, but in the 1950s, more and more people started visiting the tunnel, and as a result, the stalactites began to disappear, and today almost none are left.

A trip through Raufarhólshellir is a unique opportunity to get a close look at the impressive forces of nature that emerge from the center of the earth and a guided tour of the wondrous world that can be found just under the surface.

The Raufarhólshellir Lava Tunnel is an otherworldly experience! 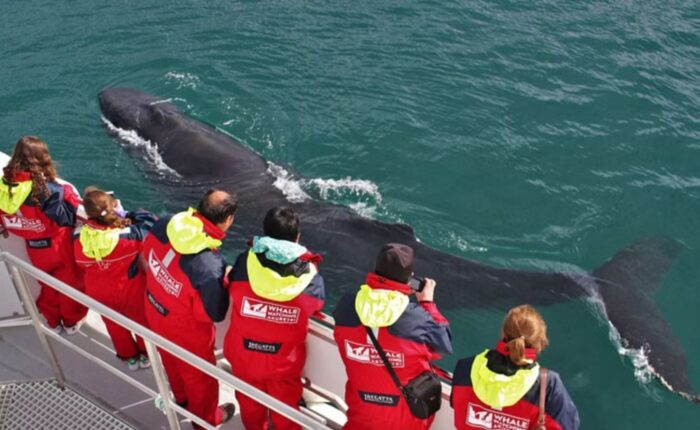 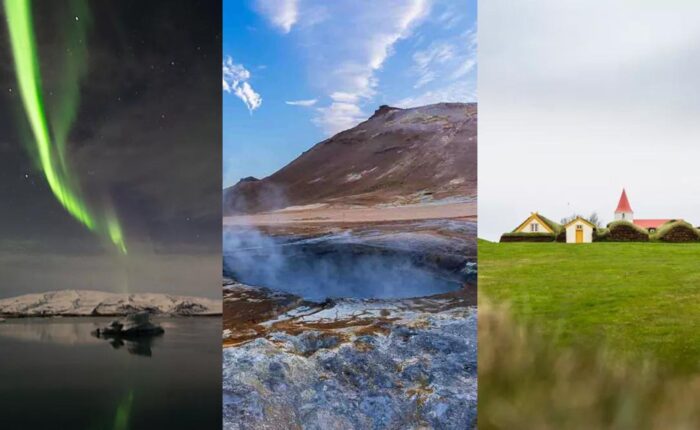