Join Your Friend In Reykjavik on a private bespoke Snæfellsnes Peninsula tour in a luxury vehicle.

How would you like to explore the spectacular Snæfellsnes Peninsula?

You might have heard it described as a miniature version of Iceland, which is not far off. You can find everything Iceland is famous for on this peninsula. Lava fields, geothermal areas, volcanos, glaciers, spectacular views, wildlife, and rich history.

The traditional stops along the peninsula are Ytri-Tunga, Búðakirkja, the black church, Arnarstapi, Djúpalónssandur, and Kirkjufell. The towns Hellnar, Ólafsvík, Grundarfjörður, and Stykkishólmur, are also worth a visit when traveling in Snæfellsnes.

Snæfellsjökull Glacier looms over the peninsula and can be seen from Reykjavik. The picturesque glacier is an old volcano, which according to volcanologists, is not dormant, despite not having erupted for almost 2000 years. The famous Jules Verne story Journey to the Center of the Earth happens in Snæfellsjökull.

We will try our utmost to adjust this tour to your wishes.

This tour is roughly 12 hours and includes pickup and drop off at your location in the great Reykjavik area.

For further information, please contact us at [email protected]

This place is one of the best in Iceland to spot a few seals lounging on the reefs. Ytri-Tunga is situated in the southern part of Snæfellsnes. There used to be a big farm in the area, and the massive beach, with its seal colonies, was a part of it.

Today, the area is known for its beauty and beautiful animals. Unlike most other beaches in Iceland, the Ytri-Tunga beach has white sand.

The two most common seal species in Iceland are the Harbor seals and Gray seals. However, if you are lucky, you can spot Harp seals, Bearded seals, Hooded seals, and Ringed seals. They do not breed in Iceland, however, and thus don’t spend much time here.

Black churches are not uncommon in Iceland, but Búðakirkja is probably the most picturesque of them. The church is in the Búðir hamlet, which sits in the Búðahraun lava field. The area has a natural harbor and was one of Iceland’s most important commercial hubs in the 17th and 18th centuries.

The first church in the area was built in 1703. It was a small, turfed church with a cemetery, but funerals have been held in the church since 1705. It slowly fell into disrepair, and the Danish king finally abolished it in 1816 due to its condition.

Widow Steinunn Sveinsdóttir lived in Búðir in the middle of the 19th century and applied for permission to rebuild the church in the area. She paid for the church’s construction, which still stands in Búðir today. Construction was finished in 1848, but it wasn’t consecrated until 1851.

As happens with such old buildings, it has gone through many changes. However, in 1987, the National Museum and the Icelandic Heritage Institution had it renovated to its original look with the help of specialists.

The church is still used today and seats 50 people. It is popular for weddings and concerts, but you can also sometimes attend a mass there. It has no central heating, running water, or toilet.

Arnarstapi is a small fishing village at the foot of the Snæfellsjökull glacier. The coastline is dramatic, with rock formations like Gataklettur and the Stone Bridge. Arnastapi is also a paradise for bird watchers as the surrounding cliffs are popular among various bird species.

The fishing village was founded in 1565 as a trading post of the Danish Crown during the trading monopoly. Danish agents had custodial power over Arnarstapi in the 17th and 18th centuries and commercial rights over nearby lands formerly owned by Helgafell Monastery.

Bárðar Saga Snæfellsáss inspired the Arnarstapi and the nearby Hellnar place names. The Icelandic Saga relates the story of Bárður, a half-human, and half-ogre.

Close to Arnarstapi is Djúpalónssandur Beach. Meaning Deep Lagoon’s Sand, the beach was once the home to about sixty fishing boats. Despite the name, the beach is by a relatively shallow and sandy bay, which made it easy to land a ship.

The nearby creek Dritvík was also a fishing station. It is believed that men started sailing from Dritvík sometime in the 16th century, and at most, about 600-700 men fished from there.

Gatklettur (Holey-Rock – and not to be confused with the one in Arnarstapi) is in Djúpalónssandur and by it is a beautiful little pond called Svörtulón.  Fishermen believed the beach was haunted, and there’s even a cave called Draugahellir or Ghost Cave. Another interesting site is Tröllakirkja, Troll Church.

On the beach are four lifting stones used to test the strength of those who wanted to become fishermen. Amlóði (sluggard) is the lightest one at 23 kg. Second is hálfdrættingur (half the man) at 54 kg, then there’s hálfsterkur (half the strength) at 100 kg, and the fullsterkur (fully strong) at 154 kg. To be considered good enough to work on the boats, you would have to be able to lift hálfsterkur to hip height.

The Grimsby fishing trawler Epine (GY7) remains on the beach. It was wrecked on March 13, 1948.

The famous Kirkjufell mountain is a place of excellent photo opportunities. The picturesque mountain is 463 m tall and is climbable, but this should not be done without an experienced guide.

The mountain got incredibly famous when it was used as the Arrowhead Mountain in the TV series Game of Thrones.

The towns of Snæfellsnes

The towns of Hellnar, Ólafsvík, Grundarfjörður, and Stykkishólmur are all worth a visit to see and experience Icelandic village life. The birdlife in Hellnar, especially as a nesting site for the Arctic tern, is legendary. Ólafsvík is a great place to go whale watching. In Grundarfjörður, you get a unique view of Mt Kirkjufell, and there’s even a Colombian café there. In Stykkishólmur, you can check out the Norwegian House and other old buildings or take the ferry to Flatey Island or the West Fjords. Not far from Stykkishólmur is Bjarnarhöfn, the Icelandic Shark Museum, which is an exciting visit.

Other places of interest:

Cancelation policy
We will charge a cancellation fee of 100% if the booking is canceled 1 day or less before the event.

Snæfellsnes Peninsula is one of the most impressive parts of Iceland, full of lava fields, geothermal areas, volcanos, glaciers, spectacular views, wildlife, and rich history. You can’t miss it. This is a full-day (12 hours) tour, so the private and customized option is the most comfortable. We are flexible with the itinerary and can create a plan tailored to your needs. 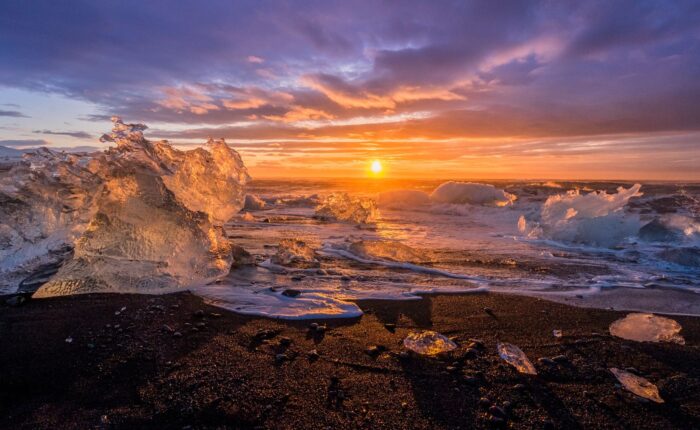 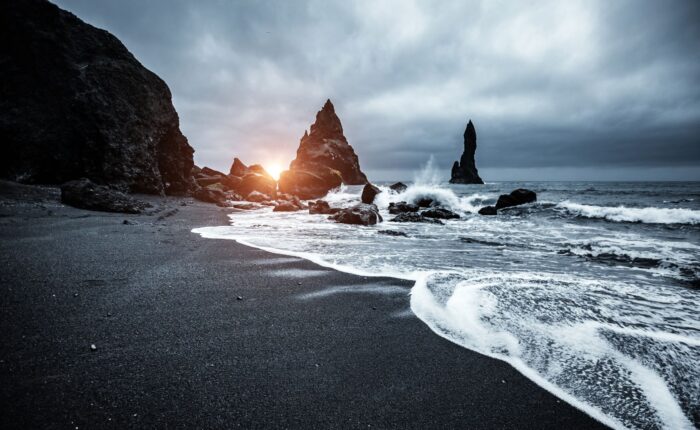