When you book with an account, you will be able to track your payment status, track the confirmation and you can also rate the tour after you finished the tour.
Sign Up
1741
OverviewWhat's IncludedMore InfoReviews

Join us on a private bespoke Golden Circle tour in a luxury vehicle!

The Golden Circle includes some of Iceland’s most popular tourist sightseeing spots. It’s not only because they are close to the country’s capital area, but also because they are stunningly beautiful, full of history and fantastic geology.

However, it is possible to visit many other places as well. Kerið Crater Lake is a popular stop and the Secret Lagoon. Skálholt, the ancient and historical bishopric, Laugarvatn Lake and Fontana Wellness, and Friðheimar Tomato Farm are but a few.

We will adjust our tour to your wishes as well as we can. For further information, please contact us at [email protected]

The historical site of Þingvellir is important to Icelanders. It is where Alþingi, the world’s oldest Parliament, was founded in 930, for example. It is also one of few places in Iceland (and the world) you can see the mid-Atlantic ridge above ground.

Walk through the Almannagjá tectonic rift, pass the site of the first parliament, Althing and enjoy Öxaráfoss waterfall, take in the beautiful scenery, see where Game of Thrones was shot, visit Iceland’s largest lake Þingvallavatn Lake and even dive between the continents in the Silfra River.

Þingvellir National Park is also where Icelanders converted to Christianity. Members of Parliament met to discuss the possibility of converting. Ultimately, it was decided it would be in our best interest to do so. People who believed in the old Æsir were still allowed to do so, but mostly in secret. They could not make sacrifices anymore, but other customs, such as eating horse meat, were allowed.

In 2004, Þingvellir became a UNESCO World Heritage Site. That means it has cultural, historical, scientific, or other forms of significance, which Þingvellir indeed has.

Gullfoss is one of Iceland’s most famous and spectacular waterfalls. It is far from the largest, but it is a three-step waterfall that falls into a 64-meter-deep canyon. Due to the curve of the canyon right where it falls down and the spray from the waterfall, it can be nearly impossible to see the bottom. It thus sometimes looks as if it falls into an abyss.

Early in the 20th century, there were ideas about harnessing the waterfall’s power to generate electricity. The landowner’s daughter, Sólveig Tómasdóttir, was fiercely against it and a pioneer environmentalist. She threatened to throw herself into the waterfall if the plans went ahead, and in the end, her father listened to her, and we are ever so grateful for her!

Bubbling hot water and erupting geysers are what to expect in the Geysir geothermal area. The word “geyser” comes from the now mostly dormant Geysir, but the site is also named after it. Geysir would hurl boiling water and erupt almost 70 m (230 ft) into the air, but it has been years since it erupted last. It used to erupt regularly but stopped after a series of earthquakes.

Instead, you can see its brother Strokkur erupt every few minutes. It isn’t as large as Geysir, but its eruptions can reach up to 30 m (98 ft).

This beautiful crater lake is in the Grímsnes area, south of Gullfoss and Geysir. It is about 55 m (180 ft) deep, 170 m (560 ft) wide, and 270 m (890 ft) across. There are quite a few crater lakes in the area, but it is called Iceland’s Western Volcanic Zone. The sand around the crater is not black but red due to its high iron content. It is, in fact, rust you are seeing and contrasted with the blue lake water, making for a spectacular sight.

Other stops you can add on for your bespoke private Golden Circle Tour
(for an additional fee depending on each experience):

Snorkel between the continents in Silfra

Silfra is a fissure between the North American and Eurasian continental plates. Silfra constantly fills with glacial melt water from Langjökull, trickling through underground lava rock for 30 years. This remarkable crack between two tectonic plates is filled with the clearest water on our planet, allowing for over 100 meters of visibility.

On the snorkeling tour, we will dress you in a dry suit and guide you through the four parts of the Silfra fissure. Floating through Silfra’s crystal-clear water is an otherworldly experience. The near-freezing water, stunning colors, and flying sensations provide a unique environment for liquid meditation that you will never forget.

In Fontana Spa, you can enjoy relaxing in geothermal hot pools. Soak in a natural pool, listen to the bubbling hot spring in the steam rooms, or take a dip in the refreshing lake for the more venturesome.

Lauga, Sæla, and Viska are connected outdoor mineral baths that vary in depth, size, and temperature. The pools and hot tub are perfect for both relaxation and recreation, featuring playful artwork in stone made by Icelandic artist Erla Thorarinsdottir.

Viska, the hot tub, is built at a slightly higher level, providing a panoramic view of the beautiful surroundings. Since 1929, locals have been enjoying the healing powers of the natural steam baths by Lake Laugarvatn. Hot, healing steam simmers directly from the ground through grids in the cabin floors of the three traditional steam rooms.

Completing the ensemble is the lake itself and the beach. Bathers can walk from a pier to the calm lake or on the warm black sand beach. A cool dip between the hot steam rooms and sauna is a refreshing temperature shift for a healthy heart. Cold bathing is believed to have beneficial health effects, such as improving blood circulation and speeding up muscle soreness and recovery. It has also benefited those with arthritis and other joint illnesses.

The Secret Lagoon, known locally as Gamla laugin (the Old Pool), is the oldest swimming pool in Iceland. It was made in 1891 at Hverahólmur, a geothermal area near Flúðir.

What makes the place unique is the rich natural resources of warm water coming from hot springs. Vaðmálahver, Básahver, or Litli Geysir (active geyser which spouts every few minutes, showing off for the guests), provide 100% of the water supply in the lagoon.

The pool water flows continuously, and it takes only 24 hours for its complete replacement. Warm, clean, and rich in sulfur, it stays at 38-40 degrees Celsius all year round.

Centuries ago, people used the hot springs of Hverahólmur to wash their clothes and bathe. The Old Pool was where people were taught how to swim between 1909 and 1947. However, after that, the pool fell into disrepair, and people slowly forgot about it. In 2005, it was decided to give it a second life. The idea was to make the pool more comfortable than it had been but still authentic, and, in the end, the Secret Lagoon was born and opened in June 2014.

The Secret Lagoon has been kept natural, simple, and unique for you to get the authentic Icelandic experience.

Have you ever been out for a meal in a greenhouse? Enjoy a unique food experience at Friðheimar Greenhouse restaurant, with tomatoes growing all around! Tomato soup, fresh-baked bread, and other goodies in a charming environment among the plants.

As the name suggests, tomatoes are grown all year round, despite Iceland’s long dark winters. They use artificial lighting in greenhouses to do that. Visitors can enjoy a taste of their crop, and many agree you will get the best tomato soup you will ever taste there!

The farm grows about 370 tonnes of vegetables yearly (primarily tomatoes and cucumbers).

Our comfortable Private Bespoke Golden Circle Tour guarantees a flexible itinerary tailored to your needs. Add exciting activities to this must-see in Iceland sightseeing route and make your trip unforgettable! 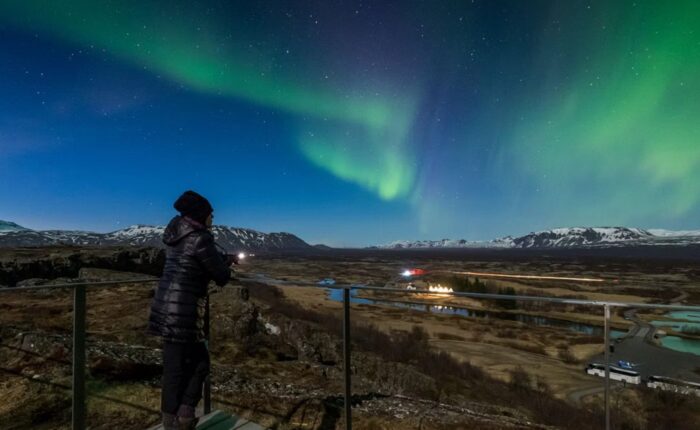 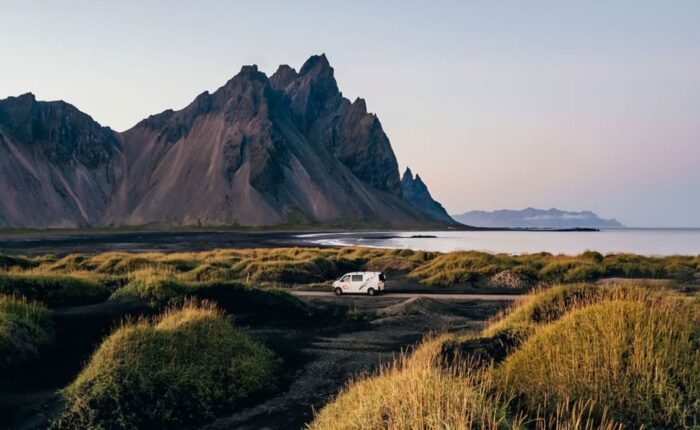